IN THE CATEGORY ”CONTEMPORARY AWARD OF THE YEAR” – CHAMBER MUSC/SMALLER ENSEMBLE.

Over a period of years 2013-14, I wrote music for the Gesamtkunstwerk Saiyah  during the MADE Festival at Norrlandsoperan. The work focused on the neurological condition synesthesia in which an interconnection in the brain between the two senses. Concretely, it may mean that a person hears music also see it, for example in the form of different colors. In there was a section for guitar and ensemble I decided to do a concert piece in five movements as a

”wordless song cycle without words” and described as follows:

1. Air – peace and quiet with small pedal tones from the glasses and

guitar shapes an aria-like line while the ensemble comments.

2. Spiral I – this is music in motion a perpetual motion where it leads to a break

with a djembe in a ”virtual jam session” which literally breaks down. It ends with a cadence of the guitar solo with glass.

3. Light – which takes up the first movement material but the character here is more meditative

and minimalist with oozing bright sounds in and out like the colors and shadows of an abstract painting.

where everyone in the ensemble are involved in events like a traffic accident and disappears into thin air.

5. Epilogue – from this comes a wide ”free pulsative” epilogue where the guitarist puts down

the guitar on his knees and trembling with a glass on the strings and gradually hanging ensemble that particular sound.

Everything fades gradually down dynamically to finally disappear completely.

[…] ”In ”Air-Spiral-Light”, there is a clear tonal feeling and Staern offers all the time in his audience in the events. Sometimes he can seem well fond of details, but rescued by his joy in music’s endless possibilities.

A bit of the same joy parade with the utmost concentration could be traced in the musicians who stood for the first performance. This will shift from their usual instruments to bring forth the sheer sound of glass with a moistened finger belongs that are not common, not even in the contemporary music. The ensemble, with Jacob Kellermann as guitar soloist and under the direction of conductor Christian Karlsen, did magnificent performance in ”Air-Spiral-Light. It was a performance which I intend to get back to via [Swedish Radio] P2 Live.” […]

”… ”Air-Spiral-Light”, in five movements for guitar and ensemble which is a composition of music for a multimedia work which Staern wrote for the capital of Culture year in 2014, and that in sound is one of the most sophisticated ones he has made.

As the title suggests, it is a question of air, movement, and light but also a special voice (guitar) transformations and the ability to express themselves; you can see the work as a story or a drama, one can say that it starts with a voice in a landscape where Jacob Kellermann tries to connect his guitar tuner, including sensitive testing flageoletter, to a strange sound world produced by glass. And ends with a mysterious unit between the voice and the world then Kellermann adds guitar on his knee to play with a glass on the strings, answered by a strangely sordinerad string trio. A communication beyond time and space, perhaps it is the very innermost in the US.

But before then, Kellermann and the otherwise brilliant ensemble, led by Christian Karlsen, bid on a similar tour of the three mellansatserna. Passages where rough rhythmic music (where Stravinsky flutter past into something like frenetic jazz) run amok, derailed and crash-lands in the most wonderful way to Benjamin Staern did hoppsasteg of joy during the curtain call put enough feeling that all of us have come alive after this tour.”

[…] ”…furthermore shifting is the new Air-Spiral-Light for guitar solo and ensemble, that mixes delicate and pacy sections. Staern may be deeply rooted into different genres, but he experiments also with sound images, playing techniques, improvisation. Skilful Jacob Kellermann explores skilfully his guitar with bottle neck techniques, there are fine tuned musical glasses and an imaginative setup of percussion. Staern is completely merciless at the same time he manages to actually making musical humour really funny.” […] 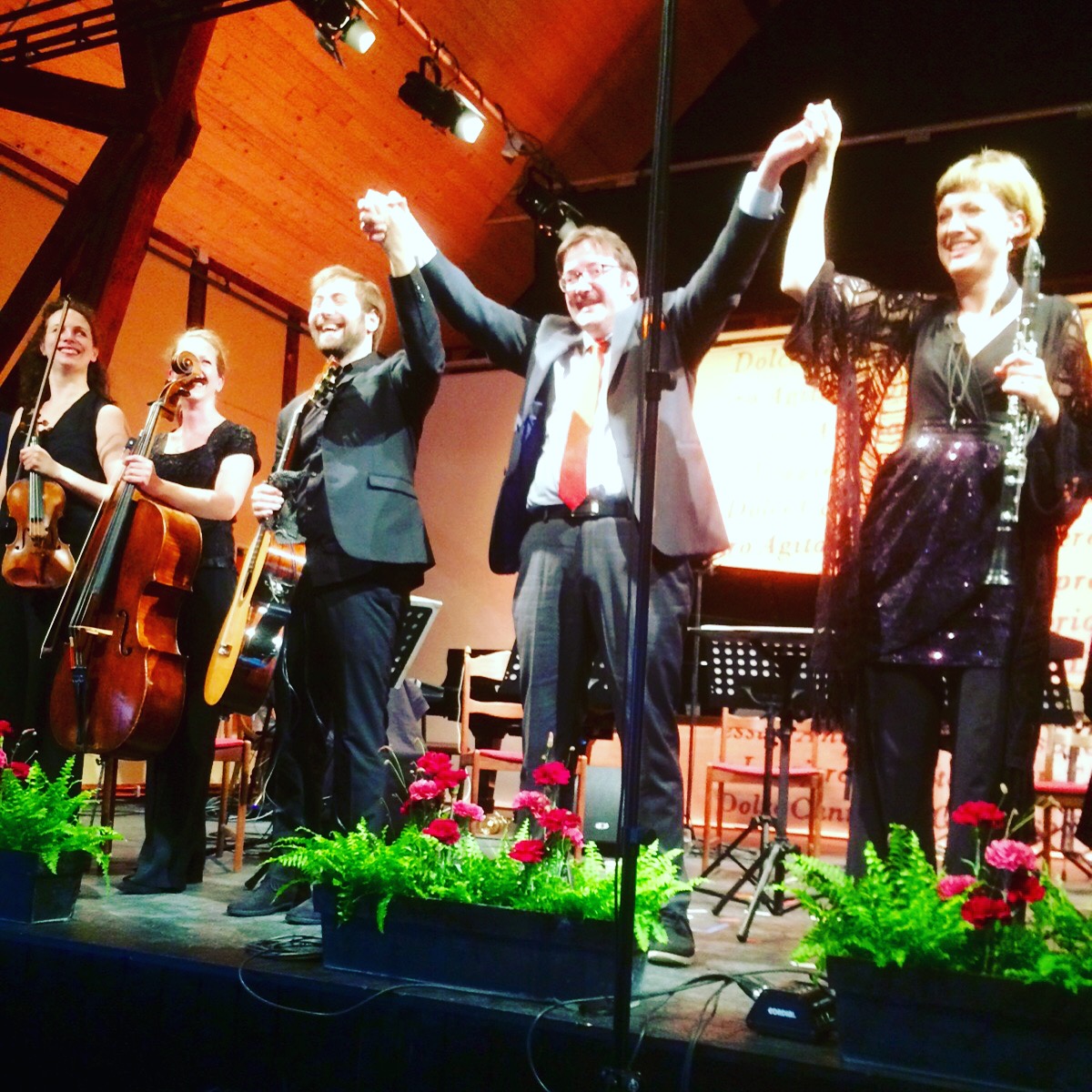